My name is Owen Harris. I am ten years young, I live in Santa Mina, California and I am a paranormal investigator. My card:

I guess the question I get asked most often is…“Are you afraid of anything?” And the answer is, no. No, I am not. Not even kind of. Nope. Which is lucky because here in Santa Mina, there’s all sorts of weird paranormal stuff going on. Let me tell you a little about the adventures I've had here so far... 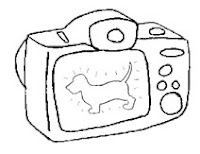 My family (me, my dad, my stepdad, and my baby stepsister, Carol) moved to Santa Mina last summer and things were weird right from the start. For one thing, there was definitely something strange living in Carol's closet. With the help of my new friends, Los and Kelly, we found out that it was a ghost! 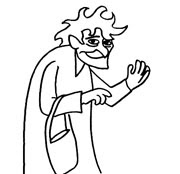 Then, a few weeks later, we learned the truth about the weird old lady across the street. I thought she was a wicked witch, but there was more to it than that. That's the thing about these investigations of mine, they never quite turn out the way I think they're going to. Sometimes people you think are bad guys turn out to be good guys, and vice versa. 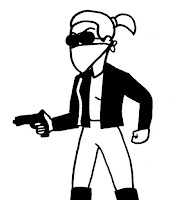 Then school started, and I found out there was a mysterious woman calling herself the Huntress living in Santa Mina. She wasn't interested in learning about the supernatural, like me. She just wanted to shoot it! Not only that, but she bears a striking resemblance to my teacher. Being a paranormal investigator seems to get more dangerous every day!

Well, with all this going on, you might think I was psyched for Halloween, but I wasn't. I mean, when you've seen REAL monsters and ghosts and werewolves and witches, all that fake stuff is pretty boring. In fact, I wasn't even going to go out trick-or-treating last year. But then I met Lily, and my whole world was turned upside down...

To learn more about Owen's adventures, pick up your copies of his books HERE.