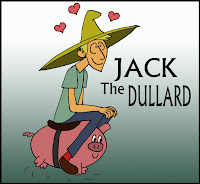 Inspired by a story by Hans Christian Andersen

Princess Lauren was pretty awesome. Besides being beautiful and rich and powerful like most princesses, she was very clever and interesting and nice and just about everything you could want in a ladyfan. That’s why everybody wanted to marry her. And when everybody in the whole wiggidy wide world wants to marry you, it means you can afford to be pretty picky when choosing a husband. Which is why Princess Lauren of Someplace Very Far Away decided to set a challenge for her prospective suitors. Most fellows, as you are probably aware, will give a lady a diamond ring when they ask her to marry them. But Lauren had forty-seven diamond rings, so she wanted something else. She wanted a treasure she had never seen before. So she decreed that any man who could bring her such a treasure would win her hand…the rest of her, too, but “win her hand” is an old expression meaning…well, never mind, you get the idea.

Of the many, many, many, many people who thought they had a shot at marrying the princess were three brothers. Their father was just a humble woodchopper, but he did own two prized possessions of great value and he gave these to his two eldest sons in the hopes that it would win them the hand (remember from before?) of the fair princess. To his eldest son, Manfred, he gave a solid silver shoehorn, which is not something you see every day. To his middle son, Maurice, he gave a set of silk shoelaces with solid gold aglets (an “aglet” is the hard tip on the end of a shoelace), which is something else you don’t see every day. He also lent them his two horses and wished them good luck on their quest.

Of course, this would all be very well and good, but sharp-eyed readers may notice that I said there were three brothers. The youngest, Jack was…what’s a nice way of putting this…a dullard. The light of his mind was sort of dim, if you see what I mean. Not stupid, necessarily. Not the kind of stupid where you eat soap and mix up your pants and your shirt and walk into a door over and over again cuz you can’t figure out how to turn the knob or even the kind of stupid where you vote for a third party candidate. No, he was just a little bit…off.

For these reasons, his father thought Jack had no chance of impressing the princess, so he didn’t give him a darn thing. But Jack was determined that he would marry the princess, so he saddled up his pig (he didn’t have a horse) and set off on the road to the palace. Unfortunately, dullard that he was, he forgot about the princess’s challenge to bring her a treasure she had never seen before. Still, ever the optimist, he and his pig, Trevor, went off on their quest.

Being a pig and not a horse, Trevor moved rather slower than Manfred’s or Maurice’s steeds. But Jack didn’t mind, as he enjoyed slow, leisurely trips through the woods. In fact, if he really wanted to get there quickly, he would have gotten off the pig and simply walked to the castle, but he was, as you may have heard somewhere before, a dullard, so this never occurred to him. And it’s just as well, because if he had been going any faster, he might have missed the wonderful things he saw.

First he saw a nest full of eggs hatching. He saw the little nestlings breaking out of their shells and chirping for food. Jack felt blessed to have witnessed this miracle of nature. Just then, a piece of eggshell fell from the tree and Jack caught it and put it in his pocket then he and Trevor went on their way.

Next he saw a snake rubbing its head against a tree root. Then he slid out of his old skin as smooth as water, leaving the discarded skin behind. Jack thought it was pretty neat so he picked it up and put it in his pocket with the eggshell.

Finally, when he was really quite near the castle, he saw a piece of string someone had dropped. For reasons best known to himself, he thought this too was worthy of preservation, so he added it to the contents of his pocket and made his way to the castle.

Several hours earlier, his brothers had come to the castle and presented their treasures to the princess. The silver shoehorn sparkled in the light, but the princess had seven of them. The silk shoelaces with golden aglets were very fine, but the princess was actually wearing a pair at that very moment. They were just leaving in defeat when they saw their brother, Jack, and his pig, Trevor, riding up to the castle.

“She didn’t accept either of our gifts,” said Manfred.

“Sorry about that. Well, maybe she’ll like what I have for her.” So saying, he handed Trevor’s reins to Maurice and went in to see the princess.

“So, what do you have for me?” asked the princess, who after days and days of this was getting pretty bored.

“I have, not one, but three gifts for your most beautiful of majesties.”

“Three? Let’s see them.” And Jack took from his pocket the fragment of eggshell. Princess Lauren looked at it as if expecting it to explode or something. “Is this it? An eggshell?”

“How is an eggshell a treasure?”

“It may not be worth much gold, but not long ago this tiny fragment of shell was the most important thing in the world to a mother bird. And as I passed beneath her nest, it hatched, and the miracle of new life was born out of this insignificant little fragment. Some day that baby bird will grow so big that his beak won’t even fit in this fragment of shell, but he used to be so small that he could live inside it. If you don’t find that remarkable, then it’s no wonder you’re so hard to impress.”

Princess Lauren was intrigued by what Jack was saying and asked to see the next treasure. She recoiled slightly at the sight of the snake skin, but then Jack pointed out the intricate patterns of the indentations of the snake’s scales. The marvel of design that had created the snake and the beauty of its movements as it slid like a liquid from this discarded skin. Princess Lauren was beginning to see things in a new light.

Finally Jack showed her the string. He had no speech about the marvel of nature or the miracle of life, of course. “But imagine,” he said, “that before it was garbage, this was a useful piece of string. Maybe someone had tied up a birthday gift with it, or a bundle of sticks to sell for kindling, or maybe a young man tied it around his finger to remind him that he had a date with his sweetie. This string may have had a long and exciting life before it was discarded or lost or whatever happened to it when I rescued it from the country road.”

Princess Lauren just stared at Jack. For days and days, men from all over her kingdom had shown her gold, diamonds, silver, emeralds, platinum, rubies, and other precious stones and metals. But here was a man who saw the world as something beautiful, with magic all around and wonderful stories hidden behind every commonplace thing. She had asked someone to show her a treasure she had never seen before, and it was clear to her that Jack had done just that.

Which is howcome Jack the Dullard became Jack the Prince when he married the princess and together lived happily ever after, because they never forgot that there is treasure all around and beauty everywhere we look…if we know how to find it.

Posted by Templeton Moss at 2:41 AM No comments:

THE WIZARD AND THE BOY

I wroted a poem. Here 'tis:

The wizard just wanted to be left alone.


He wanted some quiet and peace.


So, he built him a cottage way out in the woods


With nothing around him but trees.


He couldn’t stand noise, so he hid in the wood


So far from the maddening crowd.


No people to bug him, no neighbors to pry,


And nothing was ever too loud.


The wizard lived thus for a year and a day


When he heard, much to his great surprise,


Of a small child’s pitiful cries.


He followed the sound to the brook where he got


All his water he needed at home,


And that’s where he found him, the sad little boy


Who was sobbing there all on his own.


Why was he crying? I really don’t know


Sufficed to say he was really quite sad


And was mourning his unhappy state.


The wizard, for his part, cared not for the whys


Nor the withertos, wherefores and coulds.


All the he knew was the boy was too loud


And he wanted him out of his woods.


“You are certainly not welcome here!


“So hush up your crying and be on your way!


The boy did not move, he just sat there and sobbed


And ignored all the wizard’s demands.


And nobody quite understands.


The sorcerer’s anger had started to grow


As the young boy continued to weep.


If this carries on, thought the grumpy old man,


I never will get any sleep.


“I will warn you once more, you impertinent youth,


“To get out of my neighborhood now


Or else I will stop you from crying myself!”


Said the wizard, uncertain of how.


The boy tried his best to clam up then and there


And this terrible fate to escape.


When he found he could not, then the wizard said, “Fine!


“Then I’ll crush you just like you’re a grape!”


So he stretched out his arms and encircled the boy


And ‘twas then, with a furious frown,


That he squoze and he squoze (fairly hard, as it goes)


The small boy who refused to pipe down.


He squoze the small kid just as hard as he could.


“This,” he thought, “will soon stop this boy’s cries.


“I’ll squeeze him so tight that he can’t even breathe!”


But the wizard was in for surprise.


And when the old man let himn loose,


He discovered his sadness had been squoze away


The boy was so happy he smiled ear to ear


And, much to the wizard’s chagrin,


He grabbed the old wizard and started to squeeze,


Just the way the old man had for him.


At first he was angry, this magical coot,


To be squoze in this way by the boy.


But soon all his anger had been squoze away


In its place there was nothing but joy.


The old man and the boy had discovered this day,


Accidentally, as often is true,


That when people are squoze, all the sadness inside


Goes away, all the misery too.


The boy went on home and whenever he saw


A friend or a relative cry,


He would squeeze him real tight and as sure as can be,


Away all their sadness would fly.


And as for the wizard? He left those dark woods


And instead bought a house in the town.


There he made lots of friends who would happily squeeze


Him whenever he felt a bit down.

And that’s why, today, when you feel in the dumps


And you’re lower than dirt neath a rug,


Somebody who loves you will squeeze you real tight…


Although, these days, we call that a “hug.”
Posted by Templeton Moss at 3:58 PM No comments: