THE PRINCESS AND THE PEA

Adapted from the story by Hans Christian Andersen. 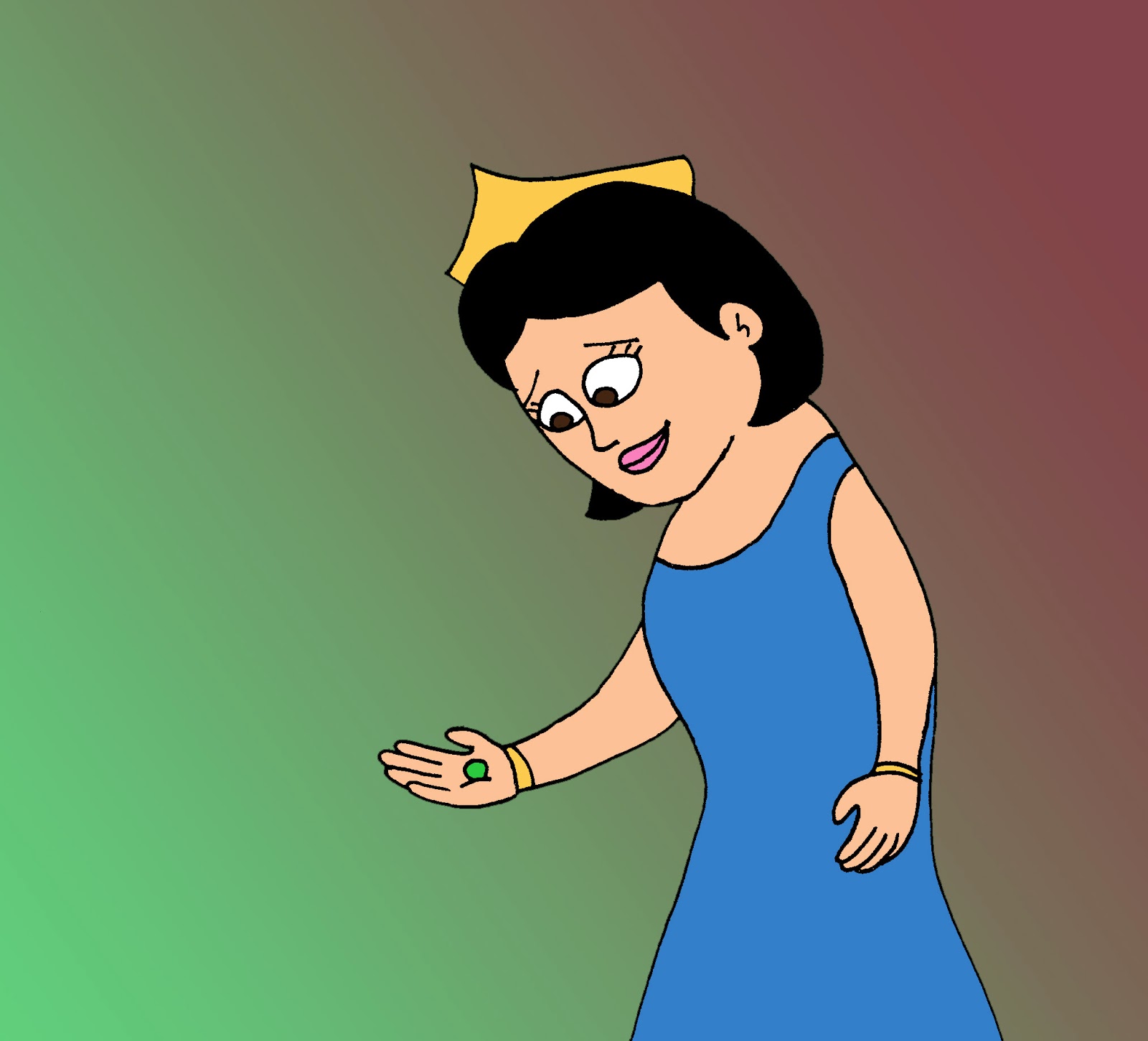 There is one reason, and only one reason, why anyone should get married: Because they are in love. This might seem like a pretty obvious thing to say, but it wasn’t always that way. Marriage used to be a very different thing indeed. Especially if you just so happened to be royal.

Prince Andy, for example, didn’t want to get married. But that decision wasn’t up to him. He had just turned eighteen and, as everyone knows, when a prince turns eighteen, he has to marry a princess.

But not just any princess: It has to be a true princess.

What’s the difference, you ask? Well, let’s put it this way: There are two sure fire ways of becoming a princess: One is to be born the daughter of a king and queen. The other is to be a non-royal who marries a prince. A true princess is one whose entire family have all been royalty since the beginning of whatever. But if you have any (ugh!) commoners on your family tree, you are not a true princess.

Yeah, I know, it seems pretty stupid, but that’s how it was back then.

Anyway, Andy’s mother, who, coincidentally, was the queen, was adamant that her son marry a true princess. So she prepared a complex series of tests which she called “The Princess Tests:” The first test was the Dancing Test, because everyone knows that a true princess is very graceful and light on her feet. The second test was the Talent Test, because it is a well-established fact that all true princesses are very talented and entertaining. Finally, there was the Mattress Test, for even the silliest doofus in all the kingdom could tell you that a true princess was very, very, highly, extremely, very, incredibly, ever-so-very, very, really-quite sensitive.

“Can one of the tests be ‘Do I like her?’” asked Andy, hopefully.

The first princess to try her luck was Princess Carol who had pretty red hair and wore the most extraordinarily lovely gowns anyone had ever seen. She was invited to spend the night at the palace where she would (unknowingly) be subjected to the three tests. She danced with all the gentlemen at court and proved herself in the first test. She then entertained the court with her exceptional harp-playing, so passing the second test. But then came bedtime…time for the final test.

Princess Carol was shown into her bedchamber where twenty mattresses had been piled on top of one another. And, unbeknownst to Carol, a single pea had been placed under the bottom mattress. For, surely, if she was sensitive enough to feel a pea through twenty mattresses, she must be a true princess.

Unfortunately for Carol, she awoke the next morning well rested and refreshed having had exactly no trouble falling asleep. She had failed the third test and she would not marry the prince. Which was fine with him, since he didn’t like her very much anyway.

Next came Princess Sarah who had long blonde hair and was in very good shape. Like the previous applicant, she was an excellent dancer and had the Queen clutching her sides with laughter at her clever stories. She had passed the first two tests, so they sent her to her bedchamber where she climbed on top of the twenty mattresses and…

(I’m trying to build up suspense…is it working?)

She slept perfectly. She hadn’t felt the pea and she too was dismissed which, once again, was okay with Andy.

But then came Princess Tracey. Tracey was wearing an old dress which, at the very least, looked more comfortable than the stuff the other princesses were wearing. Her hair was black and short, which was not popular among ladies at this time, but it was easier to manage. And, in all honesty, it must be said that she was slightly…ever-so-slightly…not even all that much, really…but just a bit—how can I put this—rounder than the others. Not that it mattered because she was still very beautiful and she and Andy got along right away.

The Queen, however, was horrified. This was a princess? She certainly didn’t look much like a princess. But, just in the interest of fairness, she went ahead with the tests. To everyone’s surprise, Tracey was an excellent dancer. She waltzed with the king, tangoed with Andy, did the Charleston with the prime minister, even cut a rug with the queen herself. Afterwards, she sang and played the piano and told funny stories and did imitations of popular figures of the day (including a young singer who had just recently begun her career called “Madonna”) and even juggled and did close-up magic.

Even the Queen had to admit that she had passed the first two tests with flying colors. “But,” she said softly to herself, “there is still the third test. She is certain to fail that one. And besides, the way she’s built, it would be like adding a whole extra mattress to the pile!”

Well, Andy overheard her sinister soliloquy. Not only was he angry at his mother for saying something so mean about someone he was so fond of, but he had finally had enough of these silly tests of hers. He hadn’t said anything because he hadn’t liked the first two princesses, but he did like Tracey. He wasn’t exactly going to marry her the next day or anything, but he knew that if she failed the test he’d never see her again.

And of course she was going to fail the test! Feeling a pea through twenty mattresses? It was ridiculous! It has no basis in science and was just a preposterous idea. So, that night, while the castle slept, Andy put his plan into action…

The next morning, everyone got up bright and early, feeling rested and refreshed. Everyone that is, except their guest, Princess Tracey.

“Didn’t you sleep all right?” asked the Queen, nervously.

“Well…well, frankly, no,” said Tracey. “To be honest…and I know this is going to sound strange…but it felt like there was a lump in the bed the size of a basketball. I couldn’t sleep a wink on that bed.”

The Queen was shocked and horrified. This girl had, against all odds, passed all the tests, including the “does Andy like her” test which she refused to acknowledge. She was trapped. She had to give her son permission to marry her.

“If it’s all the same to you,” Andy said, “maybe we could just be friends. I mean, you’re great, but I don’t think I want to marry someone I’ve known for only one day.”

“That’s fine with me,” said Tracey, who felt the same way. And from then on, Prince Andy and Princess Tracey were the bestest of best friends. And as time went by, they became closer than friends. And, eventually, they actually did get married, but not because Andy was being forced to and not because Tracey had won some contest, but because they loved each other. This started a new trend in marriage which has lasted to this day.

As for Andy and Tracey, they were best friends, in love and happily married so they were certain to live happily ever after. “To think,” said Tracey, one night some years later, “none of this would have happened if I had been able to sleep on those lumpy mattresses.”

“Well, they may have been lumpy mattresses,” said Andy with a smile. “But then again it may have had something to do with the enormous stone boulder I slipped between the mattresses before you got into bed that night…I guess we’ll never know for sure!” 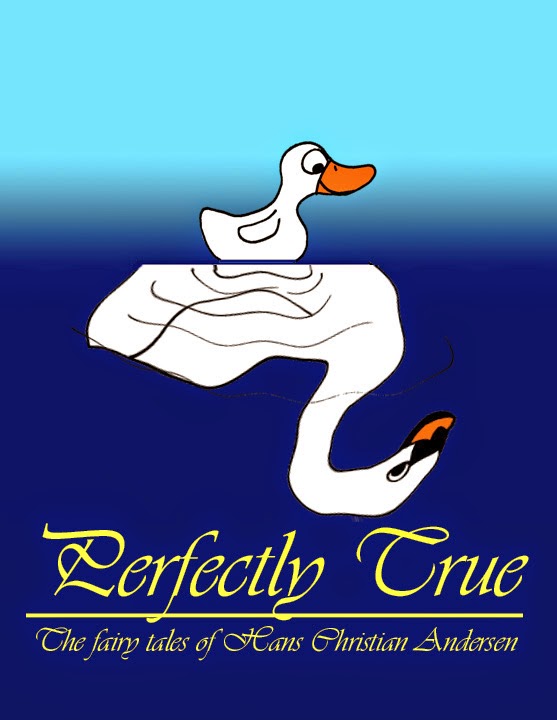